To pay or not to pay? L'evaporazione del denaro

How has the relationship with money changed in the last few decades?

In this pamphlet, Walter Siti calling also on his personal experience, tells of a transformation that is taking place today. He talks about a generation that has known the ‘pleasure of paying”, the one that derives from the satisfaction of being paid and ultimately defines the very identity of a person (“paying was a watered-down version of praying”). For digital natives instead the mental parameters have deeply changed: to pay and be paid “has become more casual. Working in order to be able to buy is more of a theory than a fact. The very relationship with the concept of economy has become more tense, indolent and desperate at the same time.

The concept of paying becomes the starting point for a reflection and a sociological and historical analysis of the cultural and economic dynamics that are upsetting our time. 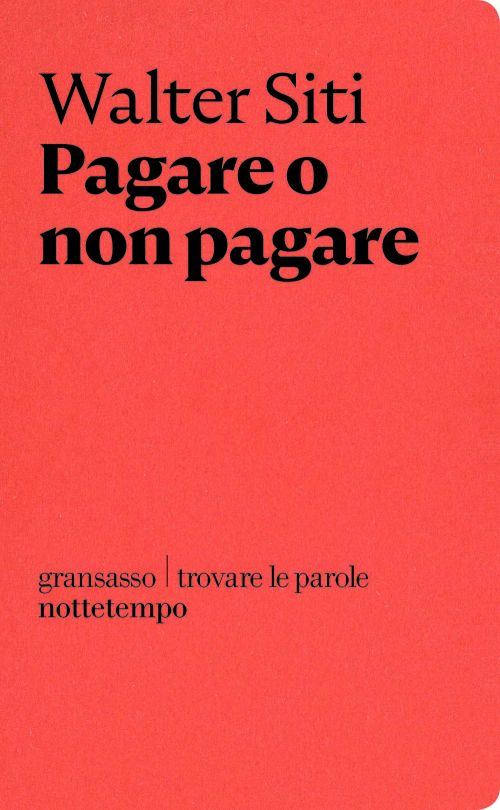